Easing the lockdown measures, the Lithuanian government has approved that travellers coming from 24 European countries will not be subject to 14 days of self-isolation upon arrival. 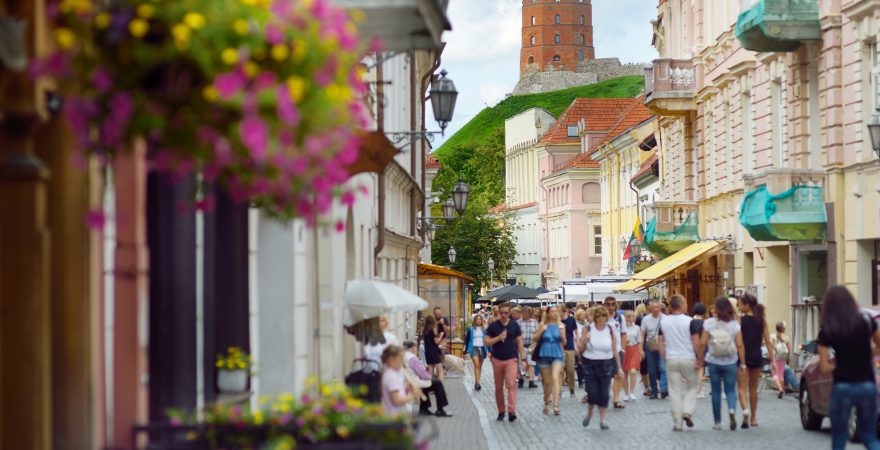 On May 15, restrictions were lifted on the arrival of Latvian and Estonian nationals and residents.

“The move, dubbed as the “Baltic Travel Bubble”, has been a success and had no negative impact on infection rates in any of the three countries. Now, Lithuania is opening up for business and leisure trips to residents of other countries, deemed epidemiologically safe by the Lithuanian government”, says Dalius Morkvėnas, Managing Director of Lithuania Travel, the country‘s National Tourism Development Agency.

Restrictions have been lifted for citizens and lawful residents of the countries of the European Economic Area, Switzerland, and the United Kingdom, who arrive from one of these countries, provided the incidence of COVID-19 in the country where they lawfully reside was less than 15 cases/100 000 population in the last 14 days. The decree signed by the State Commander of National Emergency Operations Aurelijus Veryga comes into power on June 1.

Travellers coming from Ireland, Malta and Spain (all of which have an infection rate of more than 15 but less than 25 cases/100,000 population) can enter Lithuania, but will be subject to a 14-day self-isolation period.

Travel is still prohibited from Belgium, Sweden, Portugal, and the UK, where the number of COVID-19 incidents exceeds 25 cases/100,000 population. Lithuanian citizens returning from these countries are exempt from this ban.

A revised list of countries to which the Lithuanian borders are open shall be published every Monday by the State Commander of National Emergency Operations.

Lithuania has been under quarantine from March 16, gradually easing restrictions as the infection rate went down. Lithuania resumes regular flights to Latvia, Estonia, Germany, Norway and the Netherlands. There are plans to resume flights to Denmark and Finland in upcoming week.

People are no longer required to cover their faces outdoors; hotels, cafes, restaurants and other establishments are open for business; outdoor and indoor events are allowed with limits on the number of spectators. The quarantine regime is still in effect until June 16. The updated set of measures can be found here – https://koronastop.lrv.lt/en/quarantine-announced-throughout-the-territory-of-the-republic-of-lithuania-attached-resolution-1.

“With our low population density and points of interest not limited to just one city, we were never an overcrowded destination. I am sure that this year Lithuania can offer the kind of peaceful and healthy holiday, combining nature exploration and cultural tourism, that many across the world deserve and yearn for,” states Dalius Morkvėnas, Managing Director of Lithuania Travel.

According to the World Economic Forum T&T Competitiveness Report, Lithuania has one of the highest scores worldwide (6.9 out of 7) for Health & Hygiene.