Balticvitalis.com/Blog/Spirits of The Baltic Sea

Spirits of The Baltic Sea

Get ready for a very spiritual journey, and yes, we are talking about drinks 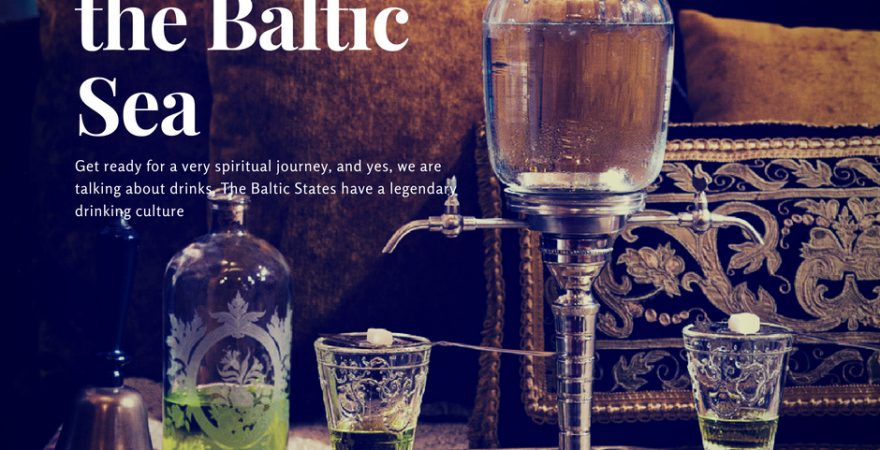 The Baltic States have a legendary drinking culture. Receipts have been passed from generation to generation through hundreds of years. Some preparations were originally intended as medicine (some still preserve that taste too) and many of the ancient distillation and brewing techniques are still in use today. From the thriving craft beer culture of the cities to secret pagan preparations, spirits are an essential part of the Baltic culture. Coming to the Baltic States and not trying the local drink is like going to Italy and not taste the coffee, or going to France and then not taste the wine, So prepare your palate and let’s go!

Craft Beer – People’s favourite for generations. Some say that during Soviet times it was so difficult to find a beer, people would just do their own with anything they could brew with… These days craft beer have become ubiquitous to the Baltic States with plenty of establishments offering many of their home-brewed varieties and in some establishments they even encourage customers to brew their own concoctions.

Honey Spirits – These are the most noble and ancient spirits in the Baltic States, dating all the way back to pre-Christian times. In those days nature was highly worshiped as the giver of all life. Honey spirits were very important, not only in the Baltic States, but all over Northern Europe including what is today UK and Ireland.

Herbal Spirits – As is the case with Honey Spirits, the Herbal ones are also the results of thousands of years of worshipping nature. One in particular (999) is elaborated using mystical ingredients in proportion to a particular esoteric number. The number 3. The number 3 has many references in ancient Baltic culture and is one of the most intriguing and secretive codes of ancient times. In Lithuania, a spirit is made out of 9 Roots, 9 Herbs and 9 Blossoms. It is called: Triple Nine. A “perfect” formula you see: three times 3 three times: 999. To add to the mysticism, ingredients for Triple Nine would be collected only by priests in Midsummer, then prepared before the last ray of sun goes away and then kept in sealed barrels for 3 years, 3 months and 3 weeks.

Pure Spirits – Distillation has been around for centuries. Spirits with high content of alcohol (like 40% or more) are used as a base in the formulation of other drinks, like the above mentioned 999. Such drinks are often referred as “Trauktinis” from the Lithuanian word “Traukti” meaning to pull out or to extract. Alcohol would pull out all the flavours of the herbs and combine them into something new. A sort of alchemy. Pure alcohol has been distilled from almost everything imaginable. If you can eat it, you can make alcohol with it! Potatoes, wheat, sorghum, rye, barley, sweet beetroot and even plain sugar are used in distil of spirits, the most famous of which is of course, Vodka. As with the case with word “trauktine”, the Lithuanian word for Vodka is also very descriptive: “Degtine”, from the verb “degti” meaning “to burn”.

High-“Octane” Spirits – Talking about Vodka, the usual alcohol content would be up to 50%. However, for the serious drinker there is another level of spirits, those that go all the way up to 75%. If you are brave enough to adventure into this territory have a look at Zalgiris, a drink with a taste to match the famous medieval battle of Grunwald (Zalgiris for Lithuanians) where Lithuanian-Polish union defeated the German-Prussian union in an epic battle that to this date is considered the largest in medieval battle in Europe.

Some of the most popular spirits in the Baltics:

Some places of interest: