Balticvitalis.com/Blog/You Can’t Help But Fall In Love With This City

You Can’t Help But Fall In Love With This City

Baltic Vitalis has some great news! Have you heard of the saying „Vilnius – G-spot of Europe“? This controversial Go Vilnius tourism marketing campaign has been named the best ad at „The International Travel & Tourism Awards“. 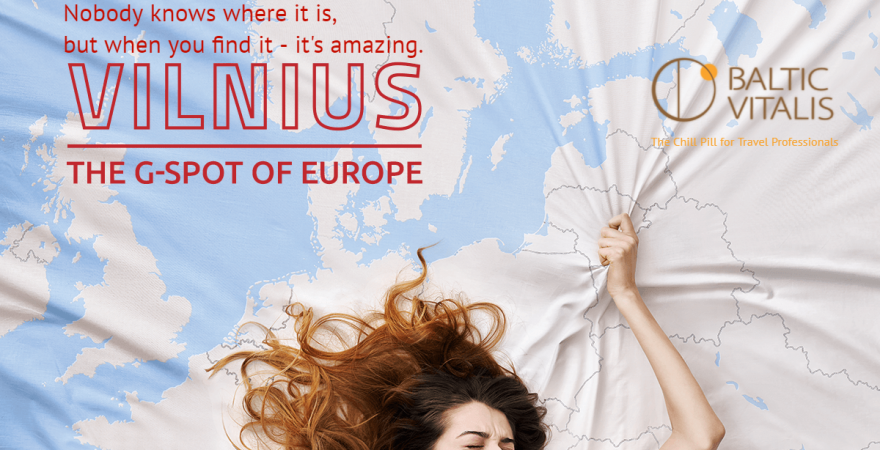 The main idea of the online ad is to introduce Vilnius as an undiscovered and hidden treasure of Europe. The news traveled around the world in a speed of a rocket and this is proved by media channels from the United Kingdom, Germany, Italy, the United States, Norway, India, Thailand, Australia and many more. Unusual advertisement attracted thousands of visitors! This is a great chance for your clients to be part of it.

One of the most popular viral US news portal „Upworthy“ wrote: „You gotta love a city (and an ad campaign) that doesn’t take itself too seriously. Who’s up for a trip to Vilnius?“
So why is Vilnius the G-spot of Europe? Because nobody knows where it is, but when you find it, it’s amazing.

Chill out! Follow us online and let your customers follow our guide in “Vilnius – G-spot of Europe”.