A Dozen Reasons to Love Lithuania! 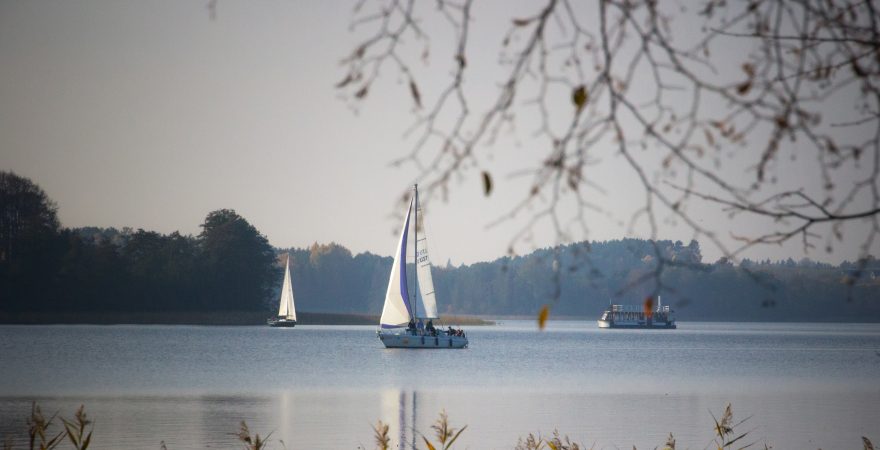 1. Plenty of forests. Plenty of lakes. About 75% of Lithuania is covered in forest and housed between the trees there are the famous green lakes. There are thousands of lakes distributed all over the country and specially the areas of Trakai, Moletai and Plateliai.

2. Everyman’s Right. This a norm of most countries in Northern Europe and it relates to the principle that every man has the right to walk freely in nature without restriction. The Lithuanian forests are right in a variety of mushrooms, berries and may types of herbs. Just take a stroll around and you will find all sorts of ingredients for a great meal.

3. And talking about food. Lithuania’s food scene is rapidly catching up with its neighbours Latvia and Estonia. All over the country restaurants are opening to what is known as the Lithuanian renaissance: Traditional cuisine re-interpreted in a contemporary context. Sustainable, creative and best of all, delicious! This is the case of restaurants like Sweetroot, Amandus, Pank’olis among others.

4. A true Game of Thrones country.Lithuania’s history extends throughout 1000 years and beyond. Ancient stories and legends have filled pages and pages of Lithuanian history, some of them proved to be somewhat real, like the foundation of Vilnius or the rescue of GD Kestutis in Trakai castle.

5. Secrets of the cold war. What was like to live in the Soviet Union during the cold war? Since 1991 things may have changed a lot, but luckily some relics of that time have survived so you van revive the hardships and paranoia of those days: Underground bunkers, nuclear silos, just to mention few of the fun places.

6. Clean air. With 75% of the country carpeted in forests, Lithuania counts with some of the cleanest air in Europe. Vilnius, Kaunas and Klaipeda are already very clean cities but if you are feeling picky about air quality, just drive 5km away and pay a visit to nature’s domains for little puff of clean oxygen.

7. Country living is very much alive.Lithuanians are folk people at heart. Most would have a little house in the country side (called Sodas) which they will use for planting tomatoes, fresh herbs, apples, or to make cheeses, hams and other goodies. There is a tradition of planting tons of stuff during spring-summer season and then preserve everything for the autumn-winter season. This cycle repeats every year even if the cupboards at home can’t fit anymore jars.

8. Safety first. Lithuania ranks 78.6 among the safest countries in the world, higher than Italy and United Kingdom. Lithuanians are honest and kind people always ready to help. They are particularly helpful to people how are visiting the country for the first time.

9. Tea, tea, tea and more tea. Coffee is big in Lithuania, but not as big as tea. In Lithuania Tea beats coffee 5 to 1. Plenty of people elaborate their own blends using combinations of natural herbs, fruits and different varieties of honey.

10. Laser tech. Now for a fun fact you probably don’t know: 70% of all laser patents in the world were invented in Lithuania. The reason why you may not know this fact it’s because they don’t see all the stages of development in Lithuania. International firms are waiting in line to jump at the first opportunity to grab the new laser developments. A particular laser may have been invented in Lithuania, but Lithuanians would still have to buy that Blu-Ray player from your traditional Chinese manufacturer.

11. Wild parties for wild party-goers.Lithuania has one of the best party scenes in Europe. Music festivals, concerts, and specially dance clubs are numerous in the country. People like to party big time. Take weddings for instance: A traditional Lithuanian wedding last no less than three days in row!

12. Language. One of the oldest languages in Europe. No one can tell for sure from where Lithuanian language came from. Some scholars would place its origins in Sanskrit due to the number of similar words found in both languages. The longest word you would find in Lithuanian is: nebeprisikiškiakopūstlapiaujančiuosiuose. Meaning something about rabbit cabbage in the woods, a topic Lithuanians seem to talk about a lot.