Balticvitalis.com/Blog/A Tour of the Baltic States

A Tour of the Baltic States

We have prepared a little guide that can provide you with an overview of how a trip to the Baltic State would look like, what to expect and how to get there. 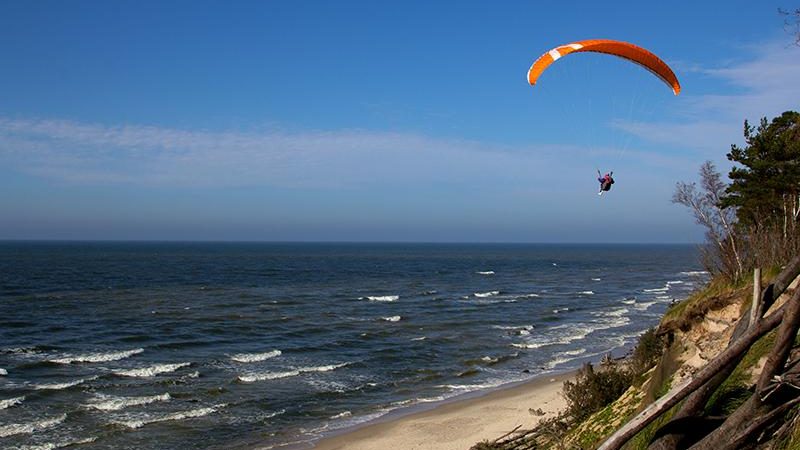 For a good part of the world Lithuania, Latvia and Estonia are relatively unknown destinations, and yet, they managed to claim the title of Baltic States. Regardless from the fact that there are other 6 states around the Baltic Sea…

The Baltic States share a lot of history in common. They have endured pretty much the same difficulties of modern times. Together they fall under the rule of the Soviet Union and together they won the fight for independence.

These days, this trio of nations have developed an enormous tourism infrastructure. Major hotel brands have acquired (and continue to acquire) property in the region, opening new hotels as demand for accommodation continues to grow at an average of 7.5% per year. These goes hand in hand with an explosion in restaurants, bars and club openings in central locations in the major cities.

The Basics of Every Tour to the Baltic States

Our trip begins in Lithuania’s capital city Vilnius. Let’s imagine this tour is for a group of 25-35pax, four star hotel accommodation, local guides in your language(1), full board meals and private transportation in coach. Although this example begins in Vilnius, the tour could begin in Tallinn or Riga as well and there are programmes available with departures in Minsk, Warsaw and Helsinki.

Most commercial airlines have excellent and frequent connections with the Baltic States, You have your choice of Lufthansa, Finnair, Turkish Airlines and Air Baltic just to mention a few. Chances are, you probably work with one these airlines already. Air France – KLM and SAS are also available as alternatives depending on your location.

For the entire journey in this tour of the Baltic States, a coach will be your main way of transport. It would be a modern Setra, Mercedes or Neoplan coach with all the amenities and comfort you would expect. To add to the comfort of the tour group, we suggest not filling up the vehicle entirely, thus allowing for a bit of extra space and keeping the maximum number of pax at 35 to 40 per group.

There are plenty of restaurants to choose from in addition to the hotel’s own restaurant. This means more choice of menus and of course the option for local and traditional food. You have a choice of Chinese, Indian, Korean, European, Baltic and other menus which you can combine according to your group’s dietary needs.

There is a long list of excursions and activities available and ranging from sightseeing to extreme sports. We cannot mention them all here but please feel free to enquire regarding special activities for your particular group.

The High season begins in April and goes all the way until the end September. Summer tends to be very warm and rather dry with temperatures between 20 and 30 degrees and of course you can enjoy days with more hours of light, sometimes from 5am till 11pm.

Autumn it’s a particular colourful time to visit the region, when the leaves turn yellow and red and from a beautiful contrast with the greens of the pastures and blues of the sky. Also, as demand for tours of the Baltic States grow so does the interest in Winter activities. Nowadays we are receiving more and more groups for that time of the year.

Tour of the Baltic States

Upon arrival at the airport and after all formalities with customs are concluded, the guide will receive the group at the main hall to show them to their coach. From here they will be transferred to the hotel for check in and to have a rest after the flight.

Sometimes, depending on the time of arrival it is possible to arrange a city tour or excursion on this day or just have some free time to spare at the group’s leisure. Options are always available.

After a good night of rest, the group would have breakfast at the hotel’s restaurant. At 9am the guide will greet the group at the lobby and take them to their first city tour in the capital city: Vilnius. Most of the tour is concentrated in the Old Town and its historical highlights such as the Gates of Dawn, Vilnius University and Cathedral Square. This tour lasts for about three hours, after which the group would be guided to the restaurant for some lunch.(2)

After lunch, the group would get on the coach and go for an excursion of Trakai and its major attraction: The Water Castle.

Trakai’s Water Castle is perhaps the most emblematic landmark of Lithuania. It used to be the capital its capital and through the centuries it has been the set for some interesting medieval dramas, very much like the TV series Game of Thrones, but only for real.

At the end of the excursion the group would head back to the city for dinner and then to their hotel. A meal in Trakai could be also be arranged if that is the preference.

On this day the group will head to Riga, the capital of Latvia. During the road trip they will enjoy two excursions. The first of these excursions would be to the Hill Of Crosses in Lithuania and the second one to Rundale Palace in Latvia.

The hill of Crosses is a phenomenon unique to Lithuania. Estimations about the number of crosses on this hill vary enormously. Some say 200 thousand crosses, others 500 thousand and even 700 thousand. Although the real number is near impossible to estimate, it could very well be within the 6-digit figure.

The tradition of placing a cross on this hill began around the 1800s, first, as a way to protest the Tsarist regime. Later during Soviet times, the crosses were used as a symbol of protest against socialist oppression. These days’ visitors are encouraged to add to the hill by leaving their own crosses there.

Further down the road, the group would be visiting Rundale Palace. This is perhaps one of the most stunning buildings in the Baltic States often compare to Versailles in France. It was design by Bartolomeo Rastrelli, who also was the author of other important buildings in Russia like Peterhoff Palace in St. Petersburg, Catherine’s Palace in Pushkin among others.

Rudale stages a wonderful Theatrical tour where characters dressed in costume of the epoch present details of the day by day life in the palace, its history and plenty of other curious details.

This leg of the trip concludes at evening in Riga, where the guide would take the group to check in at their hotel and then go for dinner in the city centre.

Today the group meets the buzziest of the three Baltic capitals: Riga. Business happens in Riga every hour of every day. This city is historically famous business hub, and with good business comes good wealth and apparently a strange desire for fancy architecture…

In the 1900s, at the peak of Riga’s grow, that is exactly what happened. If you had a “little” money to spare in that time, you do what every sensible Latvian would: get yourself a house in the latest fashion: Art Nouveau. Almost half of the buildings in Riga are fashioned in that style.

Riga’s city tour last three hours and shows the group the major Art Nouveau buildings, as well as the Grand Market and Dome Cathedral. After the tour the group would have lunch at a fine restaurant in the city centre.

During the afternoon the group has free time to enjoy the city at their leisure and perhaps do some shopping around if they like. There are many concerts and events happening in Riga. Dome Cathedral has a concert almost every day. The guide can indicate more details.

The group would convey again at the hotel to go for dinner later in the evening.

Today, right after breakfast, the group would go for two interesting excursions, one in the Latvian forest and another in Estonia’s Baltic coast.

The name “Turaida” translates as “Thor’s Garden” and with good reason, this place is worth of the gods! Regardless of the time of the year, the views from the main tower are superb. This castle was originally designed to defend the Gauja Valley from invaders, but confronted with subsequent advances in artillery, the castle ended up abandoned. Few years ago restoration was finished and now the castle is one of Latvias most visited attractions.

Perhaps the best way to describe Parnu is: Californian lifestyle in the 1800s. If you are creative person, this is your kind of place, especially during the summer. Ever since the 17th century, Parnu has been known as a great beach resort. Wooden houses are very characteristic of this town and locals enjoy a stress-free but lively way of life.

After Parnu the group would continue to Tallinn for check in at the hotel and dinner.

Today the group would wake up in the middle ages. Tallinn is one of those European cities that have resisted the temptation for a change thus maintaining its medieval charm. Every stone of every wall has been preserved as much as possible. As you adventure into the narrow streets of the old town, you would feel as if walking in a labyrinth, but soon you would come to realise how easy is to move around and you get a clear idea of the city’s layout.

Among some of the most interesting areas to visit in Tallinn are Kalamaja for its wooden architecture, Telliskivi for its creativity, Lennusadam museum for its real-life submarine, and of course the old town for its cosiness and natural charm.

It is worth to mention that Estonia has around 2500 islands the main of which are Muhu, Saaremaa and Hiiumaa. An excursion to these islands would be a full tour in itself and one really worth to do because of the natural beauty these silands offer and the one two surprises hidden within them. But more of that perhaps for another article, for now:

On this day and depending on the time of departure, the group may have some time for some last minute shopping. At the right time, the guide will meet them at the hotel lobby to escort them to the final transfer to the airport.

With a bit more of time, we could offer one more day with a tour to Finland. Helsinki it is just over 80Km from Tallinn, that is just a short ferry trip between both capitals. Also, Helsinki has an airport with great connections. It could be a good idea to start the tour from here and then depart from Vilnius.

Because a custom tour is our speciality, we can provide a high level of flexibility on every tour to the Baltic States and therefore we can design a tour that solves all the requirements for visa, diet and transportation. Feel free to talk about the particular needs of your group and we will let you know the best course of action to maximize their time in the Baltic States.

(1) Baltic Vitalis provides support to multiple languages including: German, Spanish, Italian, Portuguese, Korean, Mandarin, Russian and of course, English. In places where a guide in your language won’t be available, a translator could be provided or the group leader can do the translations for the group.

(2) Depending on your choice of menu this could be a two courses, three courses or a six courses meal.